Generation 40 - Youth during the War

The new exhibition at the CHRD (Resistance and Deportation History Centre) starts on the 15th of November 2018... Until the 22nd of September 2019.

‘Génération 40’ explores the diverse experiences of young people during the Second World War, whose lives were marked by conflict and occupation, including the various constraints they faced depending on their choices and commitments, gender and social background.

During the occupation and collaboration, teenagers were strongly encouraged to join youth movements created by the Vichy Government to promote morality, sports and professional skills in the younger generation. As of 1942, the establishment of the STO (Service du travail obligatoire – Compulsory Work Service), for those aged 20 to 22, led some to support the French Resistance or flee to join the Maquis. This is a fascinating look back at a troubled period.

Admission to CHRD and the exhibition is included in the Lyon City Card. 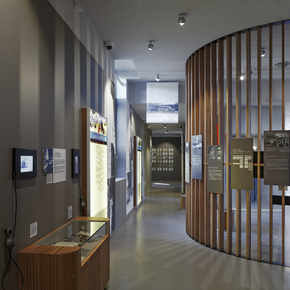 Symbolically housed in the former headquarters of the Gestapo, where Klaus Barbie hit, the CHRD is a strong and symbolic place in the service of...