How to take power? How to keep it? Which strategies to adopt? The new temporary exhibition at Lugdunum – Museum and Roman Theaters will attempt to answer all of these questions, from 6 October 2021 to 27 February 2022.

What happened when an emperor died? It was a free-for-all with various plots, intrigues and murders to eliminate pretenders to the throne. In the worst cases, these political crises led to armed conflict, which sometimes spilled beyond the borders of Rome. This is what happened in Lugdunum, in 197 CE, following the death of the emperor Commodus.

The exhibition EnQuête de Pouvoir will take you on a journey back through time, deep into the mechanisms of power, as you follow the main protagonists of the period, in the Empire’s provinces and then Lyon, where the decisive, but little-known Battle of Lugdunum took place.

Please note that the exhibition EnQuête de Pouvoir is the first to officially benefit from a partnership with the Louvre, in order to enrich the collections of the museum, devoted to the city’s Roman past.

You can of course also make the most of your visit to explore the permanent exhibition at Lugdunum Museum and Roman Theaters! Entrance to the museum and exhibition is free with the Lyon City Card 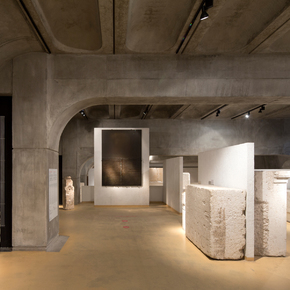 Unique for the sheer richness of its collections, its environment and its bold architecture, thanks to an astonishing underground exhibition trail,...