With more than 40 cinemas spread across Lyon, as well as 20+ film festivals, the 7th art has always held a special place in the culture of both the city itself and the surrounding area.

As both an actor in and spectator in its own story, Lyon often acts as the backdrop for numerous series or TV films, and is internationally-renowned in the world of cinema. A tale of two brothers - Louis & Auguste Lumière.

Louis & Auguste Lumière, two brothers / one name that gave the world the gift of cinema. Together, they combined cutting-edge moving picture breakthroughs, including Edison’s work, to create a first film shot with the cinematograph in spring 1895:“Workers Leaving the Lumière Factory”.

In Rue du Premier film, you can visit the shed, the last remains of the factory where instant photographic plates were manufactured, and the Villa Lumière, which is home to the Museum.  The villa, which is perfectly conserved, presents the many discoveries of the two engineering brothers, plus the ten films shot in 1895, publicly screened the same year at the Grand Café in Paris. It also offers a detailed account of the life of the Lumière family and is a fine example of Art Nouveau architecture.

With this heritage, Lyon is a major cinema city. This is not only due to its glorious cinematographical past, but also because cinema, like gastronomy or architecture, is part of the city’s DNA. The cinema of yesterday and today are now combined in Lyon.

Do you want to leave a mark on Lyon’s cinematographical history? The workers leaving the Lumière factory is re-enacted on the 19 March every year. To appear as an extra, sign up on the Institut Lumière site.

This is the spirit that saw the creation of the Lumière Festival in 2009. Though its main mission is to reintroduce the public to major cinema classics, the festival has a global outreach and invites the biggest stars of the 7th art. Prestigious special guests (Clint Eastwood, Gérard Depardieu, Martin Scorsese, Ken Loach, Quentin Tarantino, Pedro Almodovar, Catherine Deneuve, Wong Kar Wai, Jane Fonda, Francis Ford Coppola) give this festival an international touch, making it an unmissable date on the French cultural calendar.

To gauge cinema’s impact on our city, you just have to count the number of film festivals held here. More than twenty are organised every year, covering every imaginable audience, from fantastical film fun for kids, such as Toiles de Mômes  to engaged events like Les Ecrans du Doc and Festival On vous ment.  There are those to transport you, like Ciné O’clock or Quais du Départ, eccentric events like Hallucinations Collectives, and even “unusual” ones like Les Inattendus. In brief, there’s something for everyone and a bit of everything.

Much-anticipated by cinephiles and music lovers, the cine-concerts are the result of a collaboration between the Institut Lumière and the Auditorium de Lyon-ONL. As Isabelle, our editor, says: “The music lights up the images, and the images amplify the music”.

Without them, maybe Lyon and the region wouldn’t be so well-known. They work every day to grow the global influence of the cinema and image industry.

Whether you’re a fanatical film-lover or an occasional cinemagoer, cinema in Lyon offers its own special twist. Keep your eyes open and get inspired by the 7th art: there’s plenty more to explore! 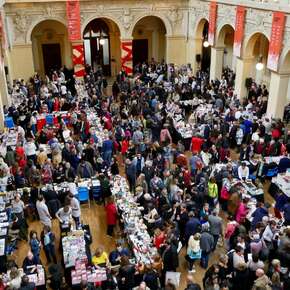 In 2023, the Festival Quais du Polar returns for a new edition! A choice of novels, graphic novels, TV series, films, round-tables, meetings and...

From 4 to 12 March 2020, the Festival Écrans Mixtes will be combatting discrimination against LGBTQI people and women via the inclusive world of... 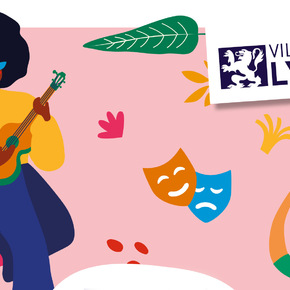 Every summer, "Tout l'monde dehors!" offers, in the 9 districts of Lyon, a multitude of free artistic events in the public space. 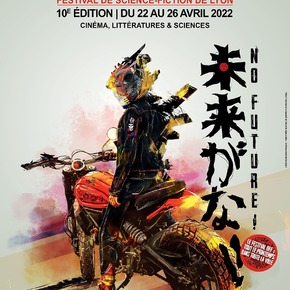 For the 10th edition, the Lyon Science-Fiction festival comes back in April 2022 to offer a retrospective of cinema, conferences, imaginary literature...

From 10th to 18th of October 2020, in 60 cinemas spread across Greater Lyon, reserve the entire week to attend this film festival for all devoted to...

The Sport, Literature & Cinema festival gives pride of place to sport through the cinema with projections, meetings, exhibitions and a sports book...