Silk in Lyon: a story with many threads!

Silk is a centuries-old tradition in Lyon, which has been lovingly preserved thanks to a few passionate individuals who have kept this outstanding heritage – the city’s pride and joy – alive.

The history of Lyon’s silk industry

The beginning of the story takes us all the way back to the time of Louis XI, who wanted to develop the silk industry in France… However, it did not really get going until the Renaissance, in 1536 to be precise, when Francis I granted Lyon the privilege of weaving silk, gold and silver yarn. Weavers set up their workshops in the Saint-Georges neighbourhood, in the district of Vieux-Lyon (Old Lyon), as it is known today.
‘La Fabrique’ (Lyon’s silk industry) was born, including the various stages of production, right up to the sale of silk products. It was the beginning of a flourishing industry, until the French Wars of Religion. Lyon was one of the stages on the Silk Road.

Techniques became more sophisticated as the years passed, in particular with the draw loom in the seventeenth century, which enabled patterns to be weaved.
Louis XIV began the fashion of Lyonnais silks in Versailles, which rapidly spread throughout Europe.

La Fabrique enjoyed splendid growth in the eighteenth century, pursuing excellence through creative and technical innovations. Following a rough ride during the French Revolution, La Fabrique was supported by Napoleon and reached its peak in the nineteenth century, making Lyon the world capital of silk, and France’s main export industry.
With the arrival of synthetic textiles in the twentieth century, Lyon’s silk industry suffered badly, from them on supplying only fashion houses and Europe’s chateaux.

Where can you see weaving looms and techniques at work?

‘La Maison des Canuts’ is an eco-museum that tells the story of Lyon’s silk industry (La Fabrique) and the ‘Canuts’ (silk workers), from the origins of silk to the Canut revolts. It also presents the different stages of weaving and the cycle of the silk worm.

In its workshop next door, you can also see weaving demonstrations on a nineteenth-century Jacquard loom.
The Maison des Canuts still delivers its exceptional fabrics throughout the world.
Find out more about 'La Maison des Canuts'

The association Soierie Vivante fights to save the heritage of silk in Lyon, by preserving the last two traditional weaving workshop-apartments, like those the Canuts used to live and work in: the Municipal weaving workshop and passementerie (decorative trimming) workshop. These workshops are open to visitors and put on weaving demonstrations on Jacquard looms. They also share their knowledge with introductory weaving classes for children and adults.
Find out more about Soierie Vivante

This is the last operational weaving workshop in Vieux-Lyon (Old Lyon), which uses nineteenth-century Jacquard looms. The very first workshops appeared in Vieux-Lyon in the sixteenth century.
Ludovic de la Calle, and his two sons Romain and Virgile, share their knowledge and skills as they present the history of silk-making in Lyon.
Find out more about Soierie Saint-Georges

Where can you see beautiful fabrics from the past and present?

It is home to an extraordinary collection of textiles, the oldest of which date back to Ancient Egypt.
It presents the richness of silks produced by La Fabrique in Lyon, as well as contemporary creations.
Find out more about the Musée des Tissus

Guided tours in the footsteps of the Canuts

How to visit the weaving workshops and explore the neighbourhoods where the ‘Canuts’ (Lyon’s silk workers) used to live and work?
Follow a guided tour in English of the slopes of Croix-Rousse Hill and L’Atelier de Soierie.

Where to learn about weaving?

Where to buy authentic Lyonnais silk?

What better than a beautiful stole, scarf or tie to bring home from your stay in Lyon, as a gift or souvenir?

Here are a few authentic addresses:

See all addresses where you can buy silk in Lyon 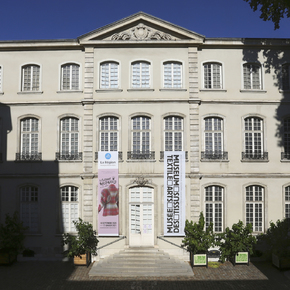 The Textile Museum has 2000 years of history of textiles (the first collection in the world) and the Museum of Decorative Arts is one of the few...

Located in the heart of the Croix-Rousse district, Soierie Vivante preserves two canut home weaving workshops that belong to the town. A guided tour...

During the season of the mulberry tree (from May to November), our silk house presents the fascinating life of the silk worm (living slik worms).

Get to meet one of the last canuts in Lyon, in a workshop where silk is still very much part of everyday life! 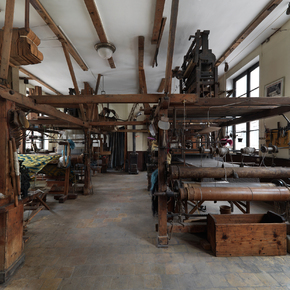 Only in Lyon! Visit the hand loom family factory of Georges Mattelon, the famous master weaver. In this historic building, you’ll discover the story...

Philéone is the signature of a collection of elegant, environmentally friendly men's and women's fashion accessories. From design to manufacture, the...

At the foot of the Tour Rose, in the very heart of the old part of Lyon, Brochier Soieries - La Soierie de Saint-Jean offers its collection of silk...

Wild silks in shimmering colours, created by an original Lyonnais fashion designer - you are in CathAm Soie in Old Lyon.

In its Grand Hôtel-Dieu workshop-store, the Brochier Soieries 1890’s collections, woven and printed in their Lyon workshops, are the result of...

The Maison COMBIER shop is a unique location where you can find the silk products produced by a major Lyonnais manufacturer in addition to a wide... 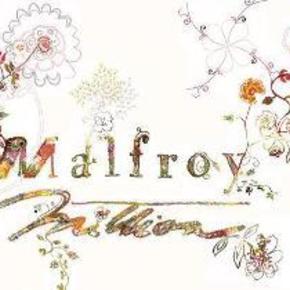 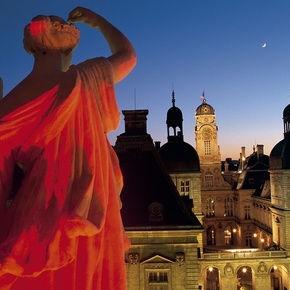